Have you checked out the gorgeous Claudia Scheelen? She is allegedly Jay-Z’s mistress but she is one hot lady, that is for sure! She is a Belgium beauty queen literally!  The beautiful blonde has been featured in many magazine covers, including “P Magazine.” It seems Jay Z is enjoying his time with other women while Beyonce is on the road. Claudia Scheelen, spoke to the Mirror about an encounter she says she had with the rapper in Belgium after one of his concerts.

“I was with my girlfriends, and he sent over a drink to us – he had this huge bottle of Ace of Spades champagne, it must have been six or ten liters.

However, Scheelen took to her Twitter account to deny all rumors that she hooked up with Jay Z.

“I was shocked when I saw my name mentioned in an article about Jay Z! The tabloids have used me as a topic for something that didn’t happen!” Jay Z was at Magic, Antwerp with his entourage, celebrating the birthday of Robinson Cano. I was offered one glass of champagne from someone of his entourage, and that person told me he liked the female crowd at the club. Nothing more, nothing less! Please cut the crap. I’m a big fan of both Jay Z and Beyoncé and respect them in every way!” 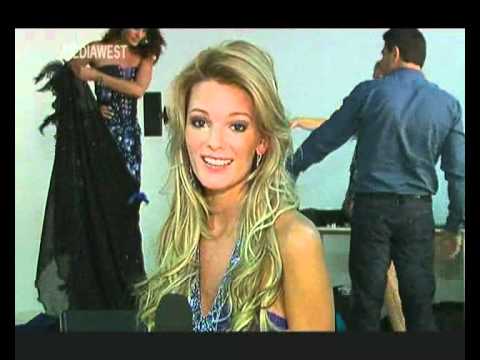 According to her LinkedIn profile, the tall blonde attended the Universiteit Antwerpen, graduating in 2009 with a bachelor in Communication, Media Culture. She is a Professional model, experience with many high-end fashion houses, tv-work, magazines, fashion shows, experience in sales. She has been a Texco bvba representative since 2009.

So, should we believe nothing is going on between her and the 43-year-old rapper, husband and father of Blue Ivy Carter?