Gorgeous actress and TV personality, Chrishell Stause will be gracing the screen with her looks and her moves after being announced as a cast member of the upcoming season 29 of DWTS.

The stunner is a woman of many talents, in addition to her acting, Stauce is also a realtor. Her work as a real state agent can be seen in Selling Sunset, a Netflix reality show focused on The Oppenheim Group.

Soon after her graduation, she landed a leading role playing Amanda Dillon in ‘All My Children’ in the year 2005.
After the hit soap was taken off air in 2011, she could be seen doing some guest appearances here and there until in 2013, when she bagged the role of Jordan in the hit TV show, Days of our Lives. Since then, she’s also appeared in ABC’s Mistresses and The Young and the Restless.

The 39-year-old is apparently single at the moment after she and This Is Us star husband, Justin Hartley split last year. 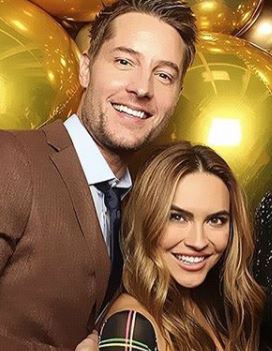 Chrishell and Hartley tied the knot in 2017, however the good looking couple parted ways after two years of marriage. According to People, 42-year-old Hartley cited irreconcilable differences as the reason for their divorce, according to documents filed. The document showed the date of separation to be July of 2019.

Hartley and Stause tied the knot in an intimate ceremony at Malibu’s Calamigos Ranch on Oct. 28, 2017 — four years after they met. This was the second marriage for Hartley who was previously married to soap star Lindsay Korman from 2004 to 2012. The couple still has joint physical custody of their daughter Isabella, 15.

43-year-old Justin has now moved on and is currently in a relationship with Sofia Pernas, his former The Young and the Restless co-star. 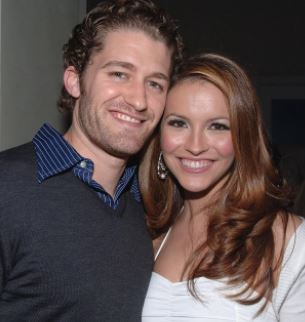 Chrishell was previously engaged to Matthew Morrison back in 2006 but the couple called off the engagement a few months later.

You may remember Morrison from playing Will Schuester on the Fox television show Glee. Born Matthew James Morrison on October 30, 1978; the California native is also a dancer and singer-songwriter who has done numerous Broadway and Off-Broadway productions, including Hairspray -where he portrayed Link Larkin.
Morrison is currently married to Renee Puente, the two tied the knot in 2014 and together are the parents of one son, born in 2017.